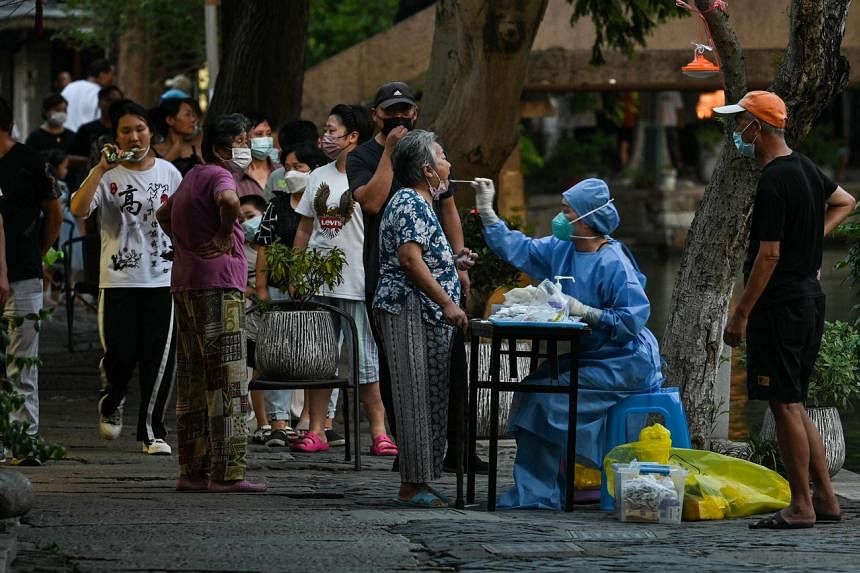 SHANGHAI (BLOOMBERG) – Shanghai found its first Covid-19 cases in a week, as outbreaks continue to flare around China, while the resort island of Hainan fell short in its effort to stop transmission by Friday (Aug 12) as it disclosed more than 1,000 new infections.

Shanghai reported 7 cases for Thursday (Aug 11), the most since July 28, snapping a seven-day streak of zero cases.

Hainan recorded 1,209 cases, with most of those in the beachside city of Sanya. The still-high infection rate effectively ends the Hainan government’s goal of achieving zero community transmission by Friday.

Almost the entire island is locked down, with National Health Commission officials saying the virus appears to have been silently spreading for some time.

Nationally, cases fell slightly to 1,851 on Thursday from the three-month high of 1,993 reported for Wednesday (Aug 10).

Sanya officials stepped up control measures on Thursday, asking workers to strictly enforce stay-at-home orders for those in high risk areas. Residents in lower risk areas were only allowed to go out to pick up essentials.

People have started to organise among themselves to procure fresh vegetables and meat within the community.

Xinjiang, home to the world’s biggest producers of polysilicon, the key material in solar panels, saw cases rise slightly to 411 on Thursday from 395 Wednesday.