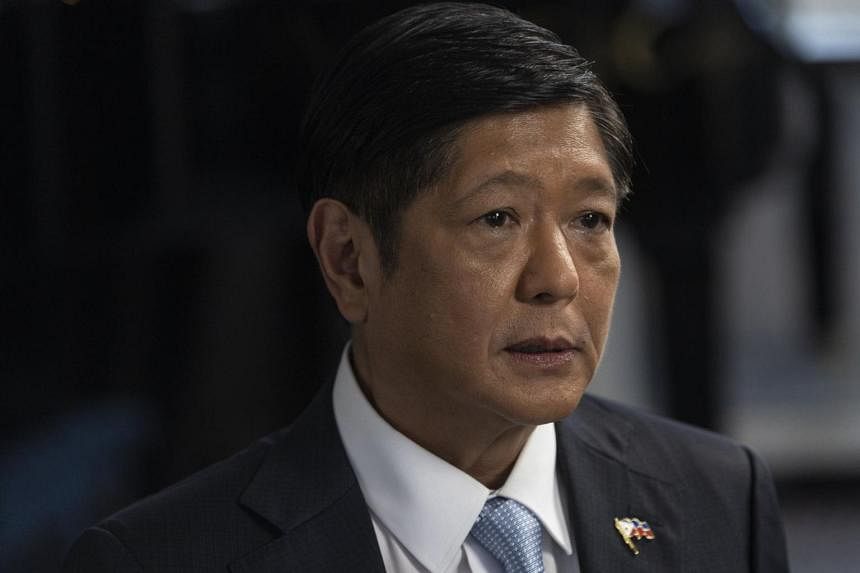 MANILA – The Philippines is interested in renewing talks with China on joint oil and gas exploration in the South China Sea to expand and diversify its sources of energy, President Ferdinand Marcos Jr said in an interview with Bloomberg TV.

The Southeast Asian country seeks a compromise with China, which is claiming parts of the South China Sea that are within Philippine territory, Mr Marcos said, stressing that any agreement must not violate his nation’s laws.

While the Philippines and China couldn’t agree on which nation’s law would apply, “we continue to explore, perhaps there can be other ways that we can do it,” Mr Marcos said.

“There have been examples around the region where there have been similar differing views on exclusive economic zones and baselines, where they have managed to find a way to have joint explorations with the Chinese, with the Americans.”

In June, Mr Marcos’s predecessor, Mr Rodrigo Duterte, ended talks with Beijing on oil and exploration in the South China Sea, with then-foreign affairs chief Teodoro Locsin saying discussions had gone as far as “it is constitutionally possible to go”.

Mr Marcos has pledged to foster closer ties with China, calling the relationship “advantageous” to both nations. He has also described Beijing as Manila’s “strongest partner” in pandemic recovery, and his top diplomat earlier expressed openness to resume talks on oil exploration.

Still, his new government has been ramping up protests against China’s alleged “incursions” in the South China Sea, and he pledged not to cede territory. The two countries have been locked in a dispute in the resource-rich waters that also serve as a key shipping passage.

Mr Marcos earlier met with US President Joe Biden, with the two underscoring freedom of navigation in the South China Sea. Mr Biden also reaffirmed the US’ “ironclad” pledge to defend its former colony – days after Mr Marcos said he can’t see the Philippines’ future without America.

Mr Marcos wants to explore for gas within the Philippine South China Sea territory to provide the country with an “interim fuel supply” while building its renewable-energy capacity.

In a Bloomberg interview on Friday, Mr Marcos said the Philippines, because of its proximity to China and Taiwan, will not be “exempt” if war erupted between the mainland and the island.

“The defence of the country is going to be the first priority, but again we can’t act independently,” he said. “The Philippines is not militarily sufficiently capable to fight a war by ourselves, therefore we are putting much of our efforts into the partnerships that we have with our allies and partners.”

Mr Marcos said Asean will have a “very large part to play” and “should be the main actor when it comes to defence and security around the region”.

Speaking on Friday to members of the Asia Society, Mr Marcos said China and Taiwan must “exercise maximum restraint” and that, while the Philippines will adhere to the ‘One China Policy’, “dialogue and diplomacy must prevail”.

Mr Marcos said during the event that the Philippines will look to the US “to uphold the international law-based order, the freedom of navigation and overflight, and the sustainable use and development of maritime resources”. BLOOMBERG