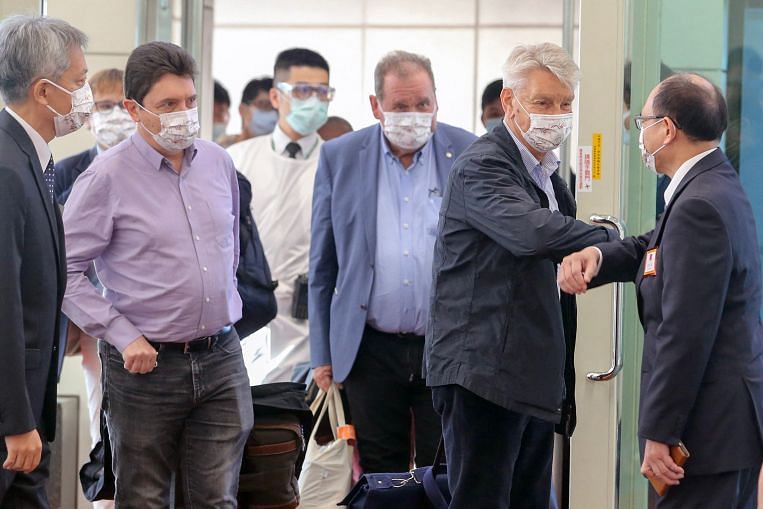 TAIPEI (AFP) – A delegation of French senators led by a former defence minister arrived on Wednesday (Oct 6) in Taiwan, where they will hold talks with President Tsai Ing-wen, despite strong protests from China.

Beijing opposes Taipei having any official diplomatic exchanges and has aggressively tried to dissuade politicians from visiting in recent years.

The Chinese embassy in Paris warned that the visit would damage the interests of China, Chinese-French relations and “the image of France”, in recent comments on its website.

France’s foreign ministry has dismissed China’s protests, saying the senators were free to make their own decisions about their travel plans.

Taiwan lauded the senators for resisting pressure from Beijing to go ahead with the visit.

“We sincerely welcome the French delegation led by Senator Alain Richard to Taiwan. I look forward to meeting with you and working together to further strengthen Taiwan-France ties,” Ms Tsai wrote on Twitter.

Taipei’s foreign ministry said in a statement on Tuesday: “The senators are making the visit despite threats from the Chinese ambassador to France, showing their steadfast commitment to the spirit of freedom and democracy.”

The delegation, including Mr Max Brisson, Ms Else Joseph and Mr Olivier Cadic, will meet Ms Tsai on Thursday before wrapping up their trip on Sunday, according to the ministry.

The Chinese ambassador wrote to Mr Richard in February, saying that his visit would “clearly violate the one-China principle and send the wrong signal to pro-independence forces in Taiwan”.

Mr Richard chairs the French senate’s Taiwan Friendship Group and previously visited the island in 2015 and 2018.

Beijing has ramped up pressure on self-ruled democratic Taiwan since Ms Tsai came to power in 2016, as she views the island as a de facto sovereign nation and not part of its territory.

“Wolf warrior” is a label given to China’s more aggressive posturing under President Xi Jinping, a moniker that has been embraced by many Chinese diplomats.

Last year, Beijing called a visit to Taiwan by the president of the Czech Senate, Mr Milos Vystrcil, a “provocation” and vowed that he would “pay a high price”.